A downloadable game for Windows and Linux

Joystick or gamepad recommended. Keyboard controls are currently available for keyboards with numpads. These controls will be configurable in the future.

Moena: a 4d Game — Think and move in four dimensions.

Moena (pronounced "meena") is an upcoming 4d game in early access. With Moena, you'll be able to do things in 4d space that you enjoy doing in the games you already play — finding and collecting items, interacting with 4d NPCs, shooting projectiles, and even flying 4d airplanes and spaceships. All you need to begin is basic experience playing 3d games.

An image of a four-dimensional world is shown in a three-dimensional cube-shaped view. Unlike the frame of a 3d image, which fits neatly onto the screen of a monitor, the frame of a 4d image requires further processing to be displayed. This is called staging the view.

In three dimensions, there's forward, backward, up, down, left, and right. For rotation there's roll, pitch, and yaw. There's a total of six directions to move and there's a total of three ways to rotate.

As the view is staged, it can be swiveled to any angle. However, there are two ways of positioning the view that are most helpful for making sense of a four-dimensional world. The first of these modes is with the view upright and forward, called Frontal view. Frontal view allows you to see the height of things. The second has the view turned up and is called horizontal view, which allows you to effectively see the ground — to see the horizon — of a four-dimensional planet.

In order to download this game you must purchase it at or above the minimum price of $25 USD. You will get access to the following files:

This game is really cool and I can't wait for each new update. The only thing is that I'm not really sure I know fully what I'm doing. For example, I can't seem to get a contract off the pending screen and I don't really know what they do. By the way do you think there will be a Discord Server / Subreddit because there's another game currently in development called 4D miner: https://discord.gg/s3dKsvBtPc and I really like your volumetric screen way of viewing things. Do you know if Virtual Reality could be implemented because I could test it on a Quest or maybe even have cross-eye parallax? Anyway, I hope this type of game becomes more popular in the future because I'd like to try and make something with a 3D volumetric screen like this but I currently have absolutely no clue how.

Have you tried harvesting the platforms? You don't need a contract to do that just get close enough and your vehicle will automatically pull resources out. Are you able to generally fly the aircraft around? Were you able to switch the view?

I heard some noises when I flew over the blue ones but I'm not sure how to see what that did and yeah I'm actually getting the hang of flying pretty well and I use Tab like you said to see the top down view of the screen.

The subreddit is r/Moena, I also have a discord https://discord.gg/HC4NkGkU but there is literally no one there.

As for 4d Miner, I actually launched a similar game last year https://medenacci.itch.io/moenablocks. I stopped working on it after he launched because it's basically the exact same game just with a different compass and movement mechanics.

I reached out to Mashpoe on Reddit but he never got back to me. It's a shame because I see him talking about his progress and he's redoing work that I've already done.

At this point I'm considering making Moenablocks open source, I'd need to do some cleanup work before it's ready for that though.

Oh nice, I'll send the discord link on the 4D miner discord so you guys could maybe help eachother or something and get some more members on yours because I do really like moena. I'll also probably join the sub too 👍.

VR and shutter is possible but later though, the game needs to be further along. I could make a stereoscopic view but it would cut the framerate in half. IMO none of this has a practical benefit to viewing 4d, it would just be for immersiveness.

The first 4d volume renderer was GL4D I believe. Khan Academy has good linear algebra videos. Also search on YouTube "linear algebra for game programmers". If you are interested in continuing we can talk more.

The big problem though, is that the stuff you really want to see located in the center of the screen. With a volume though, the stuff on the closest edge blocks the center. So you have to make the voxels transparent but then everything looks all muddy. At some point I'll post screenshots or make a video, but this took me several years of trial-and-error to work around.

The method with the dots is called "point cloud" https://en.wikipedia.org/wiki/Point_cloud. More dots means more detail. Less dots means it's not as muddy but you can't see as much detail. So there's a balance to show the right amount of dots with the right details so you can see what's there.

The other reason I went with point clouds is because of depth-testing performance but I'll save that for another time.

Yeah it's a really good approach because someone in the 4D miner server (Koulatko) has made a volumetric screen shader in Shadertoy and is currently making one in pure OpenGL I think, but yeah I think I might try more after my exams because I've got like a month left of focusing on them.

I have just downloaded the new version and I don't know how to start the game :( I'm stuck on the Contracts and Upgrades menu and I've got no clue what to do

I'm having the same issue. There's no contracts or anything and no prompt to even start the game

Hi Nerae, so first thing: hit the "p" key to get out of the contracts window.

I'll come out with a game guide this week that goes over these features more. Keep in mind the whole contracts thing is very early in development.

This is a really cool game considering it's graphics are dots lol. But yeah I enjoy the challenge of trying to grasp the concept of all the different rotational manoeuvres and twirl (which is like roll but doesn't actually change the direction you are headed and keeps the up direction). The only thing is though, I'm not sure I know all the controls because I can't rotate the cube view by 90 degrees like you did in the video without rotating the aerostat, and I also can't change vehicle class. Maybe they are updates to come later but How will I know when a new version is out? Anyway, I'm looking forward to how this game progresses and I really like the volumetric screen. 👍

"Tab" key will toggle the frontal and horizontal views. A list of key controls is in the 0.2 devlog. There's also a button for joystick/gamepad to toggle frontal/horizontal. You can also use right mouse button and drag the volume around, this works both in the full view and the nav window.

Other vehicle classes have not been added yet. 4d rotorcraft will be the hardest, both for me to make and also to play, so that will be added last. I'd like to add ground vehicles soon but also more gameplay (racing mechanics) and I need to do some code maintenance.

You should be getting emails within 24 hours after a devlog/update, just make sure it's enabled in your account settings.

man, i would love for this game to get on steam so i can actually buy it

Couldn't you just buy it from here?

if i could i would

Your description recommends a gamepad. Are there any requirements or restrictions? I'm thinking a bluetooth controller (dual shock 4).

Are the keyboard controls fairly easy to pick up or would it be better to use a controller?

How far out do you have keyboard key  remapping scheduled? Will it be possible at some point to remap controller buttons if I don't like the default layout?

Use the controller if you have one that works. Joystick/gamepad settings can be accessed from the main menu, you will also be able to see if your gamepad is detected. The settings are not complete but they will be expanded soon. If you are having issues with a particular controller let me know.

Keyboard settings will be next month probably, after save/load is done.

When is the next update? Its been 4 months with no info

There's a new release out now, some of the features in the notes are not done yet. Next I'll be finishing these and adding critical things like keyboard support, graphics settings, and save/load.

These past several months I've been focusing on making progress. I'll start advertising soon, and as people get on board I'll post updates and interact more often. Thanks so much for your help last year with the bugs.

Oof, that CPU requirement looks a bit too steep for me. I also have a 4-core i7 but it's maybe 30% slower. I might check back on this later. Hyperrogue was really fun.

The small button below the logo at the top left will take you to that feature.

Wait what? does this still exist? I can't find the button you speak of.

I'm redoing this feature I'll have it back next month.

When I use the settings on the flight sim, it crashes... Same with loading the actual game... Any ideas on how I can fix it?

Hi Rocklead, at the moment the game crashes without a joystick or gamepad connected. This is because the game and settings screen doesn't actually look for a game controller it just assumes that one is hooked up and tries to use it. Having a game controller connected will fix the issue temporarily.

Making the game not crash is top priority for me and I'll patch this, but keep in mind that at this stage of development only flying vehicles are set up so it'll be tough to operate with just a mouse and keyboard. 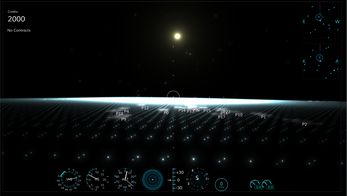 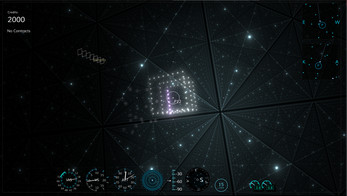 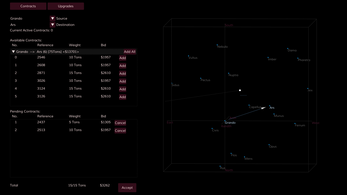 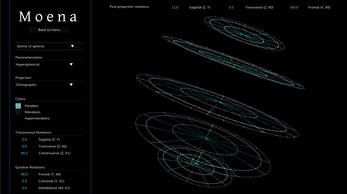